Additive Manufacturing Becomes National Technology Focus
While 3D printing started out more than two decades ago being a means for producing primarily prototype parts, the use of AM technologies in both polymers and powdered metals, for direct production of end-use parts, continues to grow.
Clare Goldsberry , Staff Editor, Area Development (Q4 / Fall 2013)
{{RELATEDLINKS}}A year ago, the current administration launched the National Additive Manufacturing Innovation Institute (NAMII), managed by the National Center for Defense Manufacturing and Machining (NCDMM), to maintain a competitive advantage in 3D printing (known as additive manufacturing or AM) and accelerate the position of the U.S. in the development and use of this technology. After a successful first year NAMII announced in October a rebranding of the institute, now known as America Makes. The announcement was made by Bre Pettis, CEO of MakerBot, a global leader in the desktop 3D printing industry, at a meeting at the organization’s Youngstown, Ohio, facility. That facility is a pilot institution for up to 15 national America Makes organizations across the country.

America Makes has been awarded a $5 million grant from the National Institute of Standards and Technology for continued AM research. And, recently, the organization announced its second call for additive manufacturing R&D projects from its members for which it will provide $9 million in funding.

Additive Manufacturing Continues to Grow
While 3D printing started out more than two decades ago being a means for producing primarily prototype parts, the use of AM technologies in both polymers and powdered metals, for direct production of end-use parts, continues to grow. According to Terry Wohlers of Wohlers Associates, a member of America Makes and an AM industry researcher, “In 10 years, 3D printing of end-use products has gone from almost nothing to 28.3 percent of the total product and service revenues from additive manufacturing worldwide.”
Expand 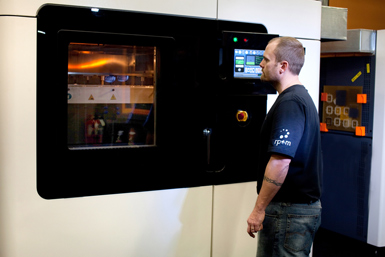 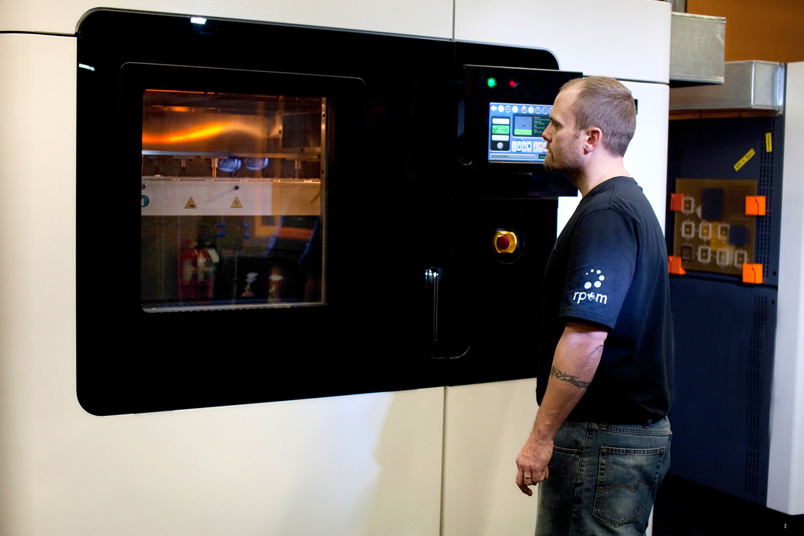 Brian Adkins, Production Manager for rp+m - a 3D printing/additive manufacturing service bureau located in Avon Lake, Ohio, and a member of America Makes - oversees a 3D printing operation.
The annual Wohlers Report also reveals that while additive manufacturing in the U.S. is big and gaining ground, trends suggest the United States may be losing its competitive advantage in the AM industry. According to Wohlers’ latest report, 38 percent of all industrial AM installations are in the states; Japan is second with 9.7 percent, followed by Germany with 9.4 percent, and China with 8.7 percent. Sixteen companies in Europe, seven in China, five in the U.S., and two in Japan now manufacture and sell professional-grade, industrial additive manufacturing systems.

“This is a dramatic change from a decade ago, when the mix was 10 in the U.S., seven in Europe, seven in Japan, and three in China,” said Tim Caffrey, a principal author of The Wohlers Report and associate at Wohlers Associates.

A Key Technology
To promote new manufacturing technologies and maintain the United States’ manufacturing edge, 3D printing (AM) was selected as a key advanced technology. America Makes is a public-private partnership with 80 member organizations from industry, academia, government, and work force development resources all collaborating with a shared vision to transition AM technology to the mainstream U.S. manufacturing sector and create an adaptive work force capable of not only meeting industry needs but also increasing domestic manufacturing competitiveness.